Early Action is a project of
Refugee Action Good Practice

Working in Partnership with Local Authorities 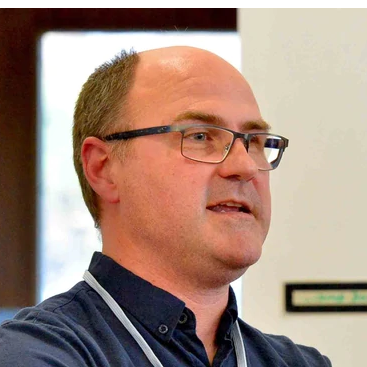 By
and
Dave Newall
and
Project Manager
Brushstrokes

Brushstrokes, based in Sandwell have actively promoted the Asylum Early Action Principles to voluntary sector partners, the Sandwell and Birmingham local authorities and West Midlands Funders Network. The ambition is that Early Action is prioritised in design and funding for services, processes and systems that asylum seekers and refugees interact with on their journeys in Sandwell and the wider West Midlands. This then prevents, and de-escalates crisis for people seeking asylum and refugees due to reaching people as early as possible and supporting them to understand and navigate the asylum process and UK life; working with, not for, individuals so that people are empowered to take action for themselves; and promoting access to justice through the provision of legal advice or sustained specialist support.

Why was this needed?

Brushstrokes’ role is to bring change at a local level. To do this, we invested time and energy building relationships with partners and stakeholders, identifying the responsibilities and remits of local decision makers, highlighting issues faced by Brushstrokes’ users that align with their priorities and proposing Early Action solutions.

What challenges have you faced?

There is often confusion between current ‘en vogue’ phrases that funders are using - such as ‘early intervention’ - and what we mean by ‘Early Action’ principles. So, Brushstrokes works hard to ensure that Local Authorities understand that Early Action means being informed by the views and needs of, and ensuring meaningful involvement with, people who engage with their services.

Engagement with Early Action has been most successful when connected to tangible situations where we can show the evidence of need, user-informed solutions, and the benefit of prevention. For Brushstrokes, having concrete examples of how Early Action makes a difference to their beneficiaries and the organisation has helped staff and external partners to buy in.

Strong relationships with the local authority and wider sector stakeholders are key. There are real opportunities and appetite for a preventative regional effort in the West Midlands.

Brushstrokes’ involvement in the West Midlands Migration and Integration Working Group helped establish prevention and de-escalation as core principles within a three part event series, for local authorities, West Midlands Funders, the Voluntary and Community Sector (VCS) and strategic stakeholders. The series facilitated the development of good practice and capacity in the VCS to support migrant groups, and related issues, by improving the quantity and quality of activity being planned, funded and delivered.

The first event in July 2019 led to a recognition of the need for specialist funding for immigration and welfare advice for vulnerable migrants to prevent and de-escalate crisis caused by immigration status. The event identified a desire for a group of West Midlands based VCS organisations to work collaboratively with funders to secure additional resources. Brushstrokes’ involvement in the working group led to Early Action being the theme for the January 2020 event.

What impact has this had?

The Sandwell local authority now understands and values the impact of Early Action to reach the most vulnerable, prevent problems early on and de-escalate crisis. Brushstrokes’ more empowering model of immigration work is understood and valued by the commissioner of advice services, and seen as a positive long term way of helping individuals gain the skills and confidence to manage their immigration issues, seeking support where required.

The local authority has engaged with Brushstrokes’ learning from their proactive outreach and move-on work and embedded this within their own services. For example, it has developed some  Local Authority Asylum Seeker Liaison Officer roles  in Sandwell, which have reduced  the destitution and crisis commonly experienced by people after receiving Refugee status.

The adoption of Early Action has also been recognised as an effective means of improving the health and wellbeing of single people living in HMO accommodation, a group whose needs were previously overlooked in commissioning.

Being active in the regional discussions on the impact of the government contracts to provide accommodation and advice to asylum seekers (AIRE and AASC), and supporting the redevelopment of an asylum seeker stakeholder meeting, has ensured there is a coordinated and local support system in Sandwell.

The Refugee Homelessness Prevention Pathway work, focused around a smooth post positive move-on, has resulted in Brushstrokes having much greater input into the council’s ongoing planning around homelessness priorities. Likewise, through the proactive outreach work, Brushstrokes have collected evidence and demonstrated the links to health outcomes, positioning themselves as well placed to deliver on some Public Health Department priorities.

The Early Action event led to the establishment of a task and finish group, chaired by Birmingham City Council, to find concrete ways of embedding Early Action approaches across Birmingham. This is an important catalyst, as statutory buy in and leadership is key for the further development of Early Action practice. In addition, the West Midlands Funders Network have asked Brushstrokes and Refugee Action to work with them to continue exploring Early Action with their members at another event highlighting the impact of Early Action in building resilience (for individuals and organisations) to cope with challenges and crisis, and present Early Action as crucial to the rebuilding and recovery period after the Covid-19 pandemic.

What advice would you give to others looking to embed early action at local or regional level?

Don’t give up, be aware that change takes time and you need stamina to keep pushing. The key to getting and unlocking funding from the local authority is to show people how the preventative approach you are proposing can help them to meet their priorities.

Join 43 others and show your support for Early Action.
DOWNLOAD